There was a double success for Rainford Tennis Club players at this week's St Helens Tennis Tournament sponsored by North West Waste Consultants with Maisie Lavelle and Eve Twist both winning singles events. 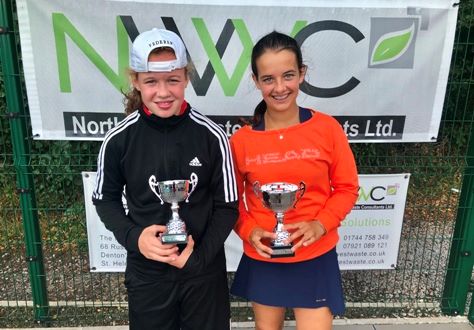 Eleven year old Eve Twist was the champion in the 12 & Under Girls Singles winning all of her matches in straight sets on the way to the title, including a win in the final over Wigan's Freya Peet.  The week ended with a victory for fifteen year old Maisie Lavelle in the 16 & Under Girls where she beat Twist in an all-Rainford final.

The tournament, which was in its eighth year once again took place at Rainford Tennis Club and was ran once again by volunteers from the Club.  The event attracted entries from across the region and was kindly sponsored by North West Waste Consultants.