Rainford Tennis Club are through to the final of the Liverpool Brockbank Trophy for the first time in their history following a thrilling home win against Campion LTC at the Jubilee Recreation Ground. 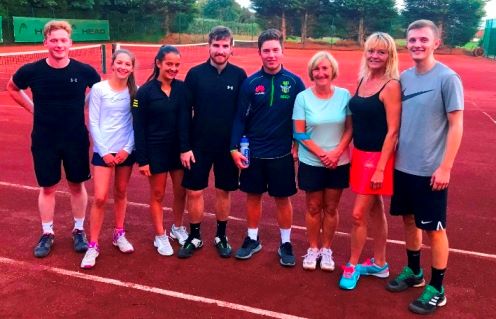 Having already won away against Mossley Hill in the opening round and then backed it up with a victory against Blundellsands, the 'Green Army' faced the tough task of a match against league champions Campion from Crosby.

Maisie Lavelle got the first points on the board with a straight sets win in the Women's Singles but the tie was level following defeat in the Mixed Doubles match.  Cameron Ashley-Jones battled hard but came up short against a stronger opponent in Men's Singles but then Julie Scott and Erin Scott clinched the Ladies Doubles in a third-set tiebreak to level the tie.

It was all then down to the Men's Doubles and the pairing of Chris Pye and Andrew Corish held their nerve in front of a large crowd on Court 1 and won 7-6, 7-6 to take Rainford through to the final.

Rainford now face Palmerston LTC in the final on Saturday 1st September at 2.00pm with the match taking place at Palmerston's home ground.