Rainford Tennis Club would like to thank everyone who attended Friday Night Live on 17th April at Rainford Ex-Servicemen's Club. 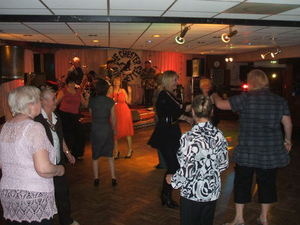 The night, which included live music from the Chester Burnettes, the hilarious Lennie Anderson as well as a disco from compare and DJ, Mal Thomas, raised over £600, which will be used to help develop the Club. There was also a raffle of sporting prizes including a HEAD tennis racket, a singed photograph of Andy Murray, tickets to Haydock Races and a signed Saints rugby ball.

"We would like to thank everyone for supporting the event" said secretary, John Case. "We will be running more social events this year so keep checking the website."