Rainford Tennis Club have won Club of the Year at the 2009 Lancashire Tennis Awards. The Club won the award following an online vote having been nominated for their excellence during 2009. 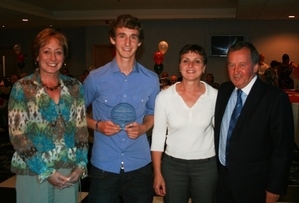 Since achieving Tennis Clubmark in January, the Club have significantly increased the number of juniors attending coaching and competitions and have doubled the number of members at the Club.  In addition, they have delivered tennis to thousands of children in local primary and secondary schools.

“We are delighted to have achieved this award from Tennis Lancashire” said Club Secretary, John Case. “It is great that all the hard-work by all our members and volunteers has been recognised in this way and we are now looking forward to an even better year in 2010.”