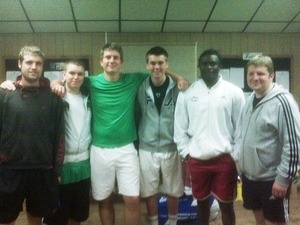 The 'Green Army', who only lost one match all season, won the title on the final day of the season with a 6-0 win at Eccleston Park.

“This is a fantastic achievement for the team” said captain, Dave Hillier.  “All the players have worked really hard and there have been some impressive performances on court.”