(April 24, 2011)
Rainford Tennis player Maisie Lavelle has won the 8 & Under Girls Singles at the 2011 North of England Tennis Championships.

The seven year old won the tournament, which takes place every year, on the indoor courts at South Ribble Tennis & Fitness Centre, near Preston. 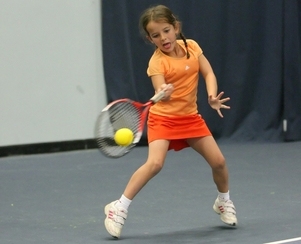 Maisie won all eight of her matches including a 10-8 win over Jhonayah Fletchman in the final. This was Maisie's second tournament win at this level in 2011, having won the City of Liverpool Tennis Tournament in February.