(July 18, 2011)
There was success for Rainford Tennis Club’s players at the 2011 Liverpool Parks Tennis Tournament, which took place this last week, with several players reaching finals. 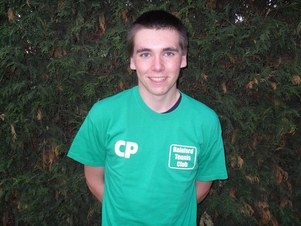 Conor Porteus reached the final of both 18 & Under Boys Singles and Men’s B Doubles.  In his singles final, having beat seeded players in previous round, Conor put up a strong fight against top seed Thomas Kyle before losing 6-4, 6-3.  He then teamed with Joe Machin to reach the Men’s B Doubles Final, which is still to be played due to the bad weather.

Joe Machin also reached the 18 & Under Doubles final teaming with Sam Sheen to finish runners-up.  Sam Sheen also reached his first senior singles final in the Men’s B Doubles where he put up a strong fight against eventual winner, Mark Hunter.

“We are delighted with all the performances of our players” said Director of Tennis at Rainford Tennis Club, Steve Vincent.  “Their standard of tennis was very high and it was great to see them getting through to the finals for the first time.”