Rainford Tennis Club are celebrating after three of their teams gained promotion in this season’s Liverpool Tennis League.  The Club’s Women’s 2nd Team and Men’s 2nd Team finished top of their divisions, whilst the Women’s 1st Team finished in second place. 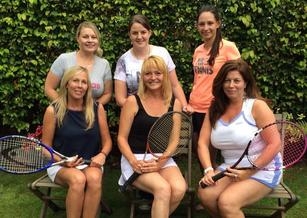 This is a fantastic end to a successful league season for all teams at Rainford Tennis Club.  Both the 8 & Under and 9 & Under teams won their divisions earlier in the season, whilst the Men’s 1st and 3rd Teams finished fourth in their divisions.