Historic win for Rainford in the Southport College Cup

It was a busy week for Rainford Tennis Club as the Mixed 1st Team were victorious in the final of the Southport League College Cup.  The Green Army have been competing in the Southport Tennis League for the first time and are currently top of their division but made history by lifting the Club’s first knock-out team trophy in their 41 year history. 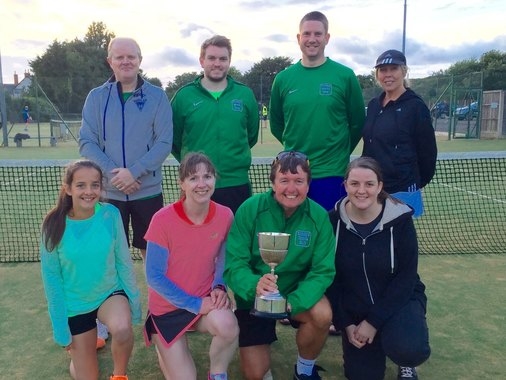 “I am delighted to have secured silverware in our first season in the Southport Tennis League” said captain, Mal Thomas. “We have won many leagues over the years but this is our first victory in a final.”

Well done to all the players who represented the Club throughout the season in the College Cup.